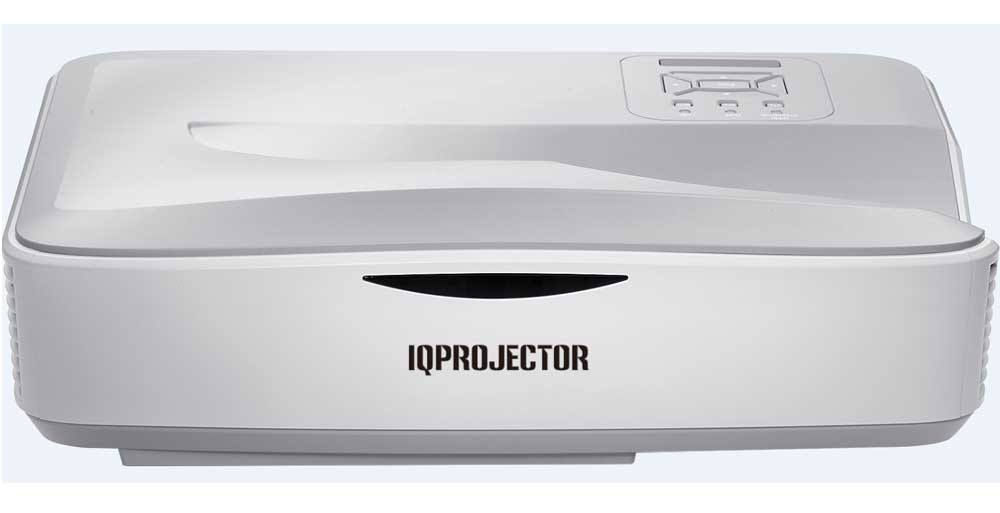 Choosing the right 4K Laser Projector for your Classroom

With such a vast array of products on the market, it can be tricky to know where to start when looking for a new classroom laser projector. But choosing a new school laser projector doesn’t need to be a daunting task, just make sure you know what you’re looking out for.

Projectors continue to improve, but many of the technologies are still maturing. As a result, projector manufacturers no longer replace most models every year. Many are now on the market for two or three years.

Whatever your budget and requirements, this article will help you find the device that will make a real difference to your colleagues and pupils. Our goal is to discuss a wide range of capabilities to help decision-makers understand the options, and choose wisely. Those decision-makers include IT and AV managers, tech coordinators, teachers/professors, as well as people on the business side, such as buyers.

A note on brightness. It’s natural to think that brighter is better when it comes to choosing a school projector, but sometimes a projector can be too bright, especially in a dark environment. However, it is true that projectors with a higher ANSI lumen rating will cope better with the onslaught of ambient light coming in through your windows and electric lights on the ceiling. It’s all about finding the right balance for the levels of ambient light in your classroom.

Your next big decision is what resolution to go for. Resolution is the number of dots (pixels) that make up the projected image. The more dots there are the sharper the image is, so small text will be more readable. There are five main resolutions – these are called XGA, WXGA, 1080p, WUXGA and 4K. While high resolution is not necessarily the main concern in many education settings, classroom projectors are now available in a full range of resolutions to allow schools to choose the option that’s right for their specific needs. 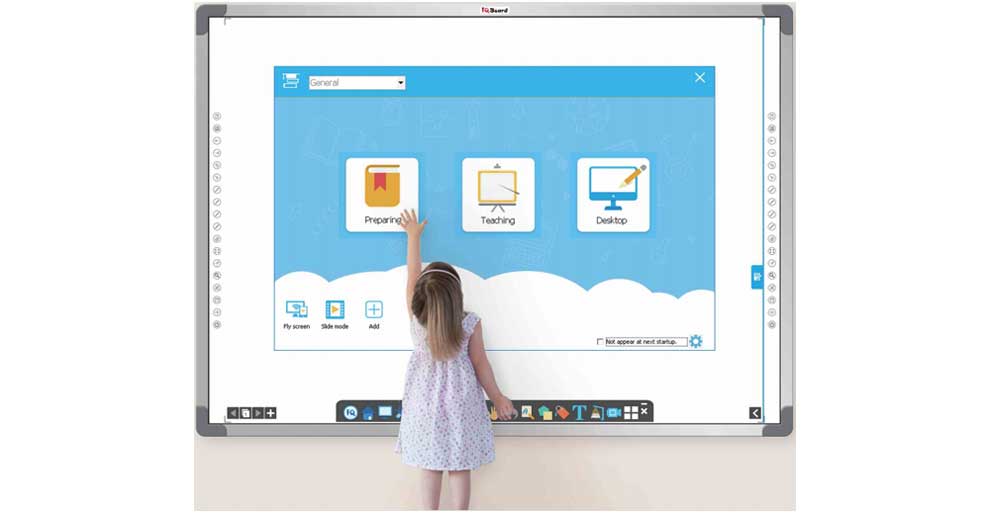 IQBoard Infrared interactive whiteboard has 10 touch points , 16 touch points, and 32 touch points for different choice with fingers or any opaque objects It uses infrared technology. It has high resolution and precision that allows 10/16/32 users to write at the same time.

IQBoard infrared interactive whiteboard supports gesture recognition: 1 finger to write, 2 finger to select, full palm to erase, 5 fingers press on the board to enable whiteboard marker writing and projection off.

Below are specification of IQBoard Interactive Whiteboard for your further references: 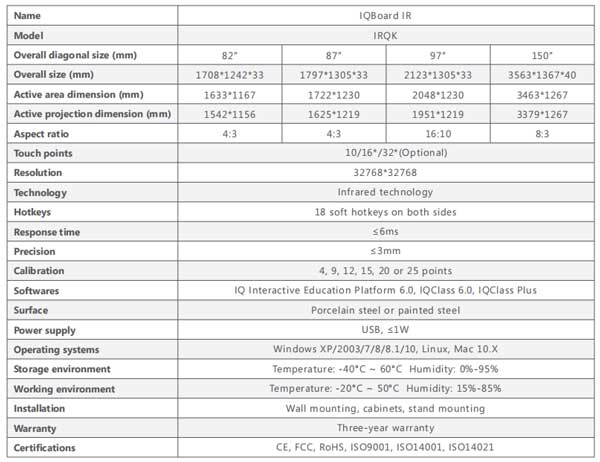 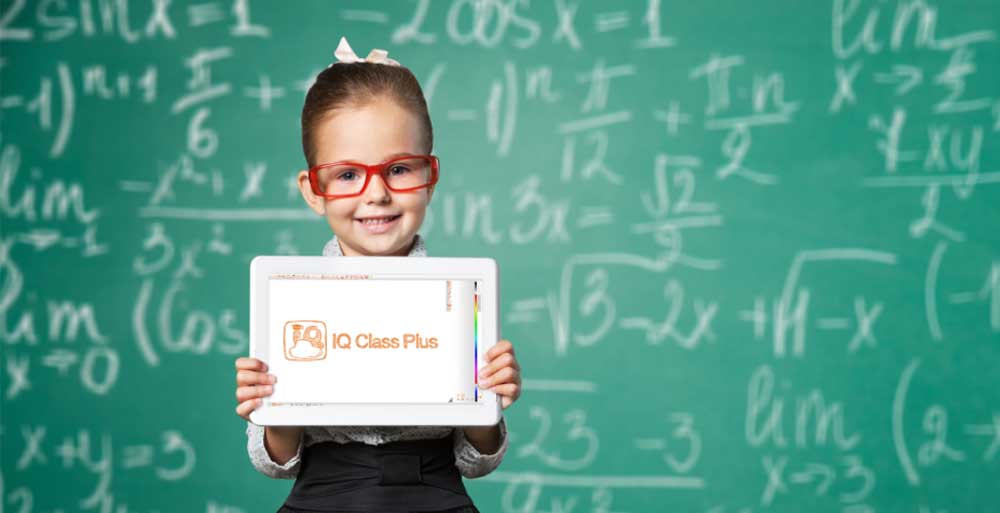 What are the benefits of using educational software in school?

There are lots of great reasons why you should consider using educational software in your classroom. For instance, the educational software will enable your students to become more effective independent learners. Even severely disabled students can succeed herein because this software places everyone on the same level.

The educational software can also enable students to gather information that otherwise would have been impossible, time-consuming or costly. For instance, data from outer space can now be utilized. Students can also experiment with the changing aspects of a model like increasing or lowering interest rates in order to see how this affects the economy. All of this can be very motivational for students and these are just some of the numerous advantages of educational software.

Here are a few ways educational software can benefit your children.

Improve Phonic Awareness - Phonemic awareness is the ability to notice, think about, and work with the individual sounds in words. A student's skill in phonemic awareness is a good predictor of later reading success or difficulty. Educational software has been helping kindergarten age children improve their print concepts and listening comprehension skills.

Gain Higher Achievement - Studies have shown that math scores have increased in children that have used computers and screen time to match the student's interests. My son uses different online math software to help reinforce the math concepts he is learning in class. I love watching him have fun while he is learning. We have seen an increase on his math scores since he has been doing this.

Learn About Cause and Effect - Because educational games are built on solving problems or reaching new levels, it is a powerful tool for helping children solve problems on their own. They typically don't get this in book learning. Self confidence increases when  child is able to figure things out on their own. They also see that with perseverance, they can do anything.

Control the Experience - One of the best parts of using educational software, is it gives each student the option to control the experience. None of my kids are alike. They each have different interests and learning styles. When they use educational software, they can control the pace at which they learn. If they want to push themselves, they can do it a safe, fun way. If they need extra help, they can review concepts time after time without feeling badly about themselves.

Students are inevitably going to speed time on the internet and their devices. Use online educational software to enhance their learning and comprehension. 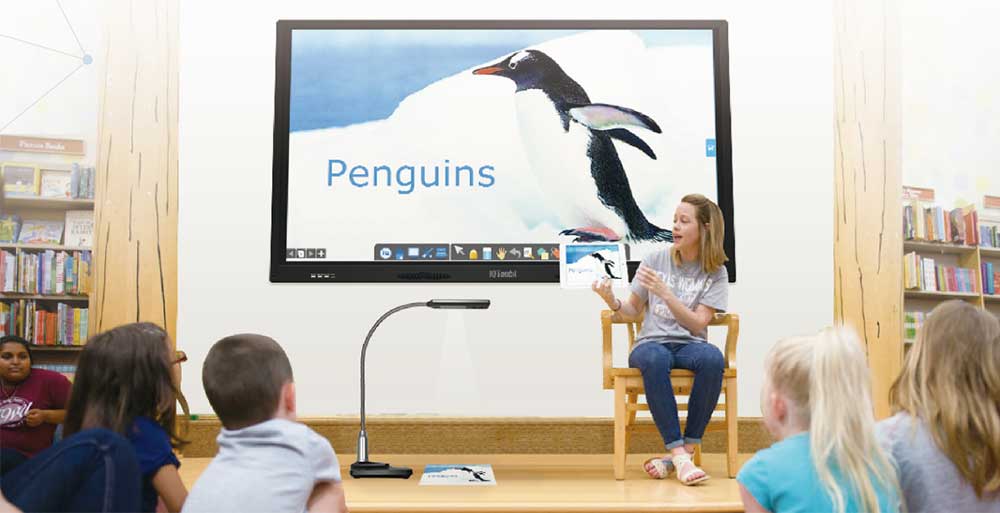 Document cameras are a great tool for teachers. They allow teachers to take what used to be individual assignments and turn them into class assignments, creating more discussion, interaction, and maintaining students' attention. I highly recommend purchasing of a document camera for your teachers or departments.

In this article, I will introduce two kinds of wireless document camera of IQ, their models are IQView E3820 & IQView E3821. 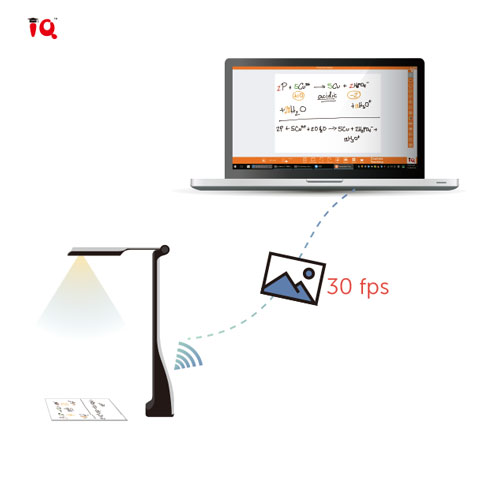 IQView E3820 is wireless design, easy to carry. It supports wireless WiFi multi-point connection.  Its overall weight is under 600g, so it is very convenient for teachers to do carry-teaching. This wireless document camera E3820 can be connected to multiple computers. After installing the software, students can control the document camera through their own computer to view the collected images.

With 8 million pixels of camera to display a high definition of images and movements, IQView E3820 can transmit real time video and images captured into interactive whiteboards or flat panel( such as IQBoardm IQTouch etc.).

IQView E3821 has 360° flexible arm, adjutable to any direction. Macro shoot and display the clear circuit board IC model or the super-large A2 format (such as big training scene, maker scene)

IQView wireless document camera series allow the teacher to capture and present students' learning procedure, groups' learning contrast, and group learning discussion. Teachers could explain and annotate at any time. And students could present their homework and share their learning process on their own seats. The solution can reach teachers' interactive and cultivates students' interest and presentation skills. 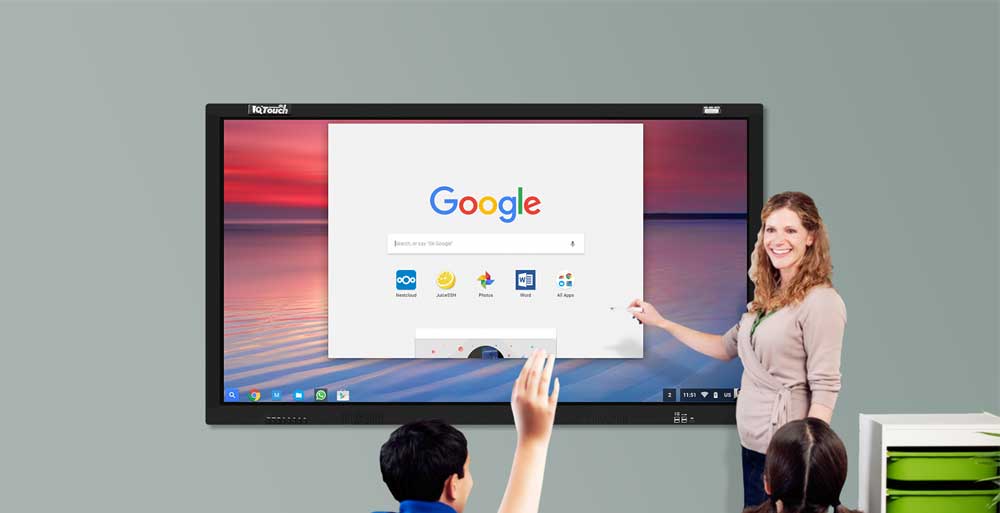 IQBoard - The Best Value Interactive Display for Your Classroom

There is a huge range of interactive displays available from a variety of manufacturers including SMART, Promethean, IQBoard, C-Touch, Clever Touch, ViewSonic just to name a few. But what are the key factors that your school should consider before deciding on a best value interactive display?

Interactive displays are becoming a popular and common addition to the classroom.  As a long-established supplier in education, IQBoard has a wealth of knowledge and experience in this technology.

we have seen many interactive display demonstrations in the IQBoard fairs. And IQBoard IQTouch series come bundled with their own software packages which when demonstrated will seem easy to use and suitable for all your teaching requirements.If you get the opportunity try and test the software package yourself in ways that you will use it in classroom scenarios. If the school are looking to potentially change manufacture due to cost and software advantages, it’s also worth checking to ensure that the existing software file types can be opened and used in the new software so teachers don’t have recreate their interactive lessons. That’s what IQTouch can meet these requirements.

IQBoard have worked closely with schools over the last 35 years and have installed thousands of interactive whiteboards and interactive displays so as a company we understand the importance of having great and functional software that supports your teaching requirements.

Whatever screen option you choose for your school we can ensure that you will benefit from low maintenance costs and removing the need for a projector that also takes with it the expensive replacement lamp costs. Based on our knowledge of the interactive display market and the manufactures within the education sector we can make the following recommendations. 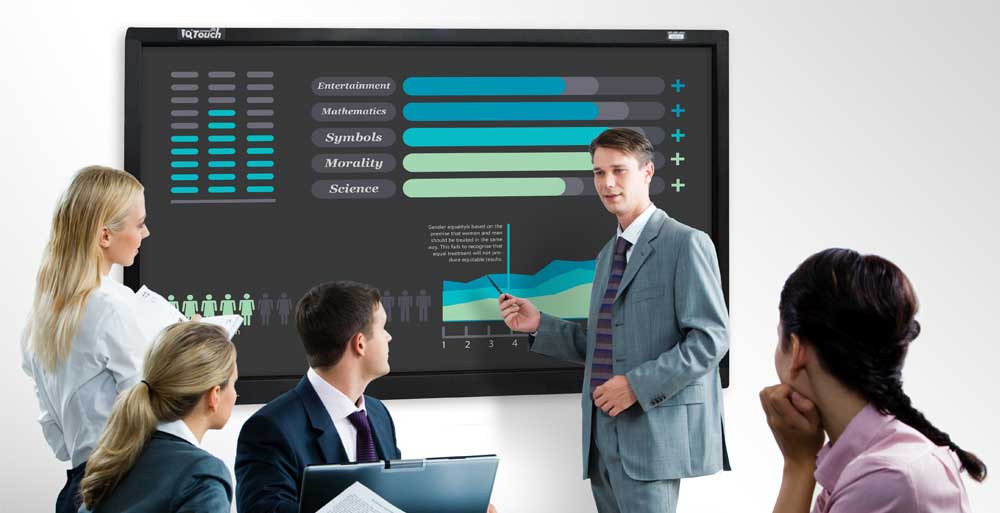 An interactive touch screen board is a computer driven device, allowing users to access and manipulate electronic files by means of a LCD display. The interactive LCD will be connected to a computer with USB, and the computer then connected back to the LCD with a video cable. These screens serve a variety of functions, and is capable of many different things. First and foremost, would be the creation of interactivity with your computer files.

An interactive LCD/LED touch screen offers users the ability to customize a system to fit exactly what they need. We have a variety of displays including bare bone touch screen displays all the way up to All-in-one Video Conferencing Interactive Systems.

Think of the way you would write on a traditional chalkboard. As the piece of chalk makes contact with the board, it forms letters and numbers. With an interactive touch screen board, it does the same exact thing – it just does it electronically.


Think of it as digital ink. You are still “writing on the board”, just in a different way. You can have the board as a blank white surface, and fill it up with notes, just like a chalkboard. Or, you can display a file and annotate over it. An example of annotation would be bringing up a map.

You could write over top of the map in a variety of different colors. Then, when you are done, you can save the marked up file as an image. At that point, it is an electronic file that can be emailed, printed, saved for a later date – whatever you wanted to do.

The price of touch screen board in classroom is various between different brands. The major brands include IQBoard, InFocus Mondopad & Jtouch, SMART, SHARP, Promethean, Newline and more.

Although the touch screen board price is higher than whiteboard price in classroom, the interactive LED displays offer obvious advantages over traditional whiteboard:

1) You no longer have to purchase expensive projector lamps and experience unexpected burn outs.

2) Shadowing on a projected image is eliminated.

4) Maintenance to change filters on a projector, eliminated.

5) Much cleaner and crisp image than a projector is capable of producing.

6) Display will not be washed out by sun or ambient light.

8) Many units are available with an optional built in PC. This makes a true "All in One" system.

So, it is worth investing interactive touch screen displays for classroom use. 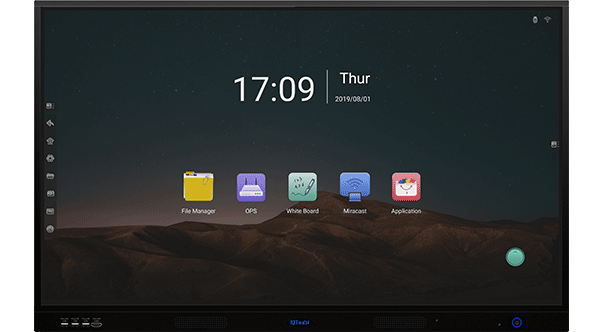 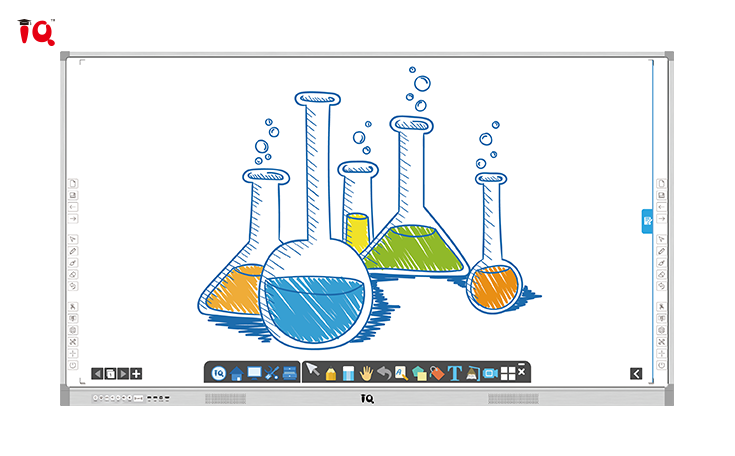 All In One IWB 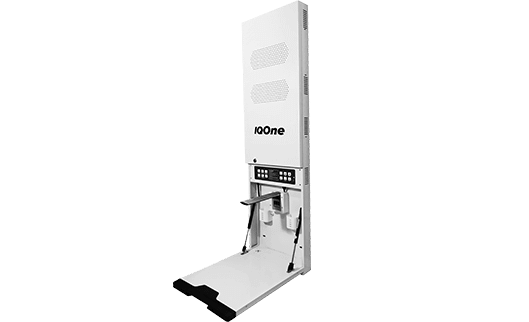 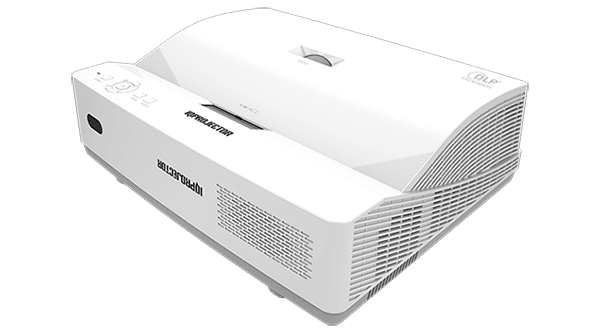 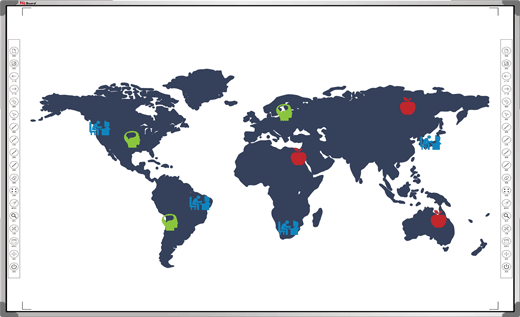 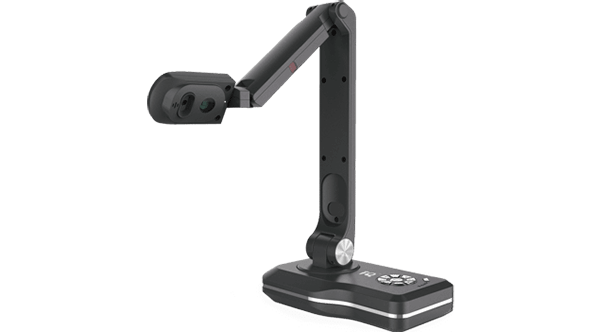 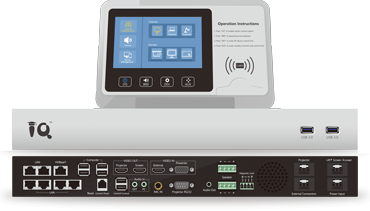 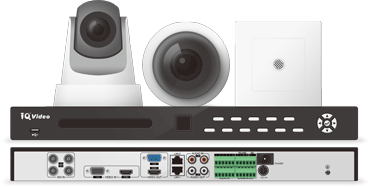 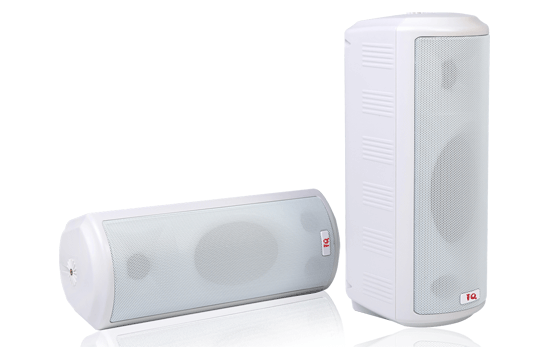 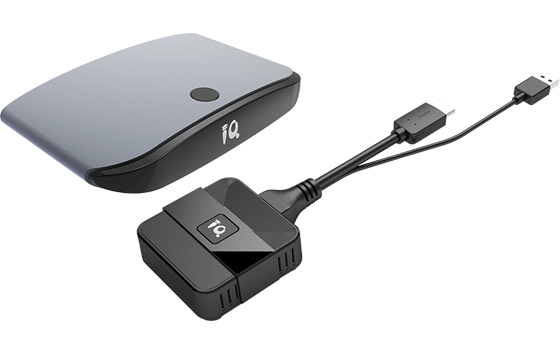 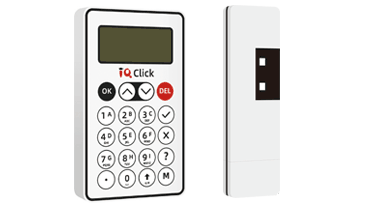